Bharat Jodo Yatra is the part of Congress’s campaign. Gandhi Said about the Yatra, “the Yatra is an extension of the ideas prevailing in Kerala started and witnesses an extremely high turnout in Thiruvananthapuram – the capital of Kerala”. 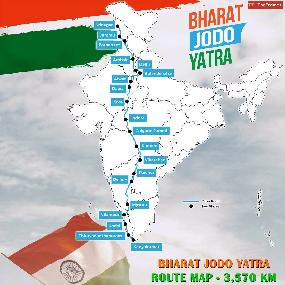 Congress after missing the central Government’s cap has been trying to back with new faces and new presence. Rahul Gandhi, Priynka Gandhi and top leaderships have been joining varied campaigns.

This yatra started from Kanyakumari and will end in Srinagar in 2023. Rahul Gandhi has been joining varied events and asking questions to Government of India.Passing from all the main states indicates the party may get some percentage of growth the voting in coming elections. Party is trying to reach people by making all efforts.